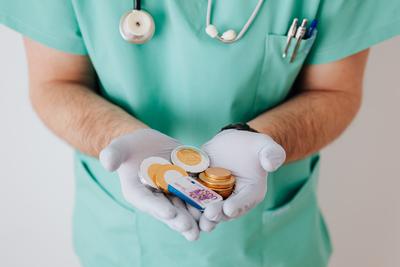 Fascioliasis is a neglected tropical disease (NTD), which means that it largely affects populations living in low-income countries and infects a small number of people, and that means it is largely ignored by both the general public and health care workers. Fascioliasis is a parasitic infection caused by Fasciola hepatica and is also known as “the common/ sheep liver fluke.” Fasciola gigantica, a related parasite, can also infect people (CDC, 2020).

Fascioliasis can be found in over 70 countries globally and is present on every continent except Antarctica. The parasite is more likely to be found in places where there are large congregations of sheep or cattle. People generally become infected when eating raw watercress or other water plants that are contaminated with immature parasite larvae. These worms slither through the intestinal wall, the abdominal cavity, and the liver tissue (CDC, 2020). This migration is known as the early (acute) phase, with patients presenting symptoms related to gastrointestinal issues, such as nausea, vomiting, and abdominal pain/ tenderness. Their final destination are the bile ducts, where they are able to develop and grow into mature adults with the ability of producing eggs. This is known as the chronic phase, with clinical presentations showing inflammation and blockage of bile ducts. Inflammation of the gallbladder and pancreas can also occur (CDC, 2018).

In some areas, clusters of cases can be found, and human transmission is considered “constant and intense.” Indigineous communities in the South American highlands have areas known to be “hot spots'' for the transmission of fascioliasis, where high levels of infection and transmission are constantly reported. In other regions where transmission is lower and occurs sporadically, fascioliasis is observed to affect people from all age-groups, with no specific risk group. However, when the infection is highly endemic, it is observed that a fascioliasis infection will peak in intensity in school-age children. Rural communities are more likely to be affected by infections, but the disease can occur anywhere and is likely to follow trade routes of carrier plants, since they are integral to the diets of many countries (WHO, 2020).

Fascioliasis can be treated using triclabendazole, which is the only medication currently recommended by the World Health Organization (WHO) against fascioliasis and is active against both immature and adult parasites. This is an important point, as it means that it can be used during both the acute and chronic phase. The cure rates for this medication are high (WHO, 2020).

To correctly control the transmission of fascioliasis, it is recommended that the use of triclabendazole is timely, as the medication is likely to cure an individual and prevent developed morbidity, while also breaking the cycle of transmission (WHO, 2020).

Specifically, the WHO recommend three measures that are aimed at reducing transmission rates:

● Information, education and communication: this is concerned with educating the general public about the cultivation of vegetables in water that is free from contaminants, especially fecal pollution, and the thorough cooking of vegetables before consumption

● Focusing on veterinary public health measures: treating domestic animals that show symptoms of infection and emphasizing the importance of separation between husbandry and humans

● Environmental measures: Snails are intermediate hosts, and interventions aimed at containing them are recommended. Also, the drainage of grazing lands may prove helpful in the fight against fascioliasis (2020)

Fascioliasis is considered a NTD, which means that it lacks funds and attention. However, our ignorance does not mean that the disease is not a concern. It still affects many people globally and puts them at a risk of severe morbidity. Ensuring appropriate community development is a way to fight back against diseases that thrive in poverty. WFCF’s mission now extends to cover projects supporting community development. Help us today by donating to our mission!