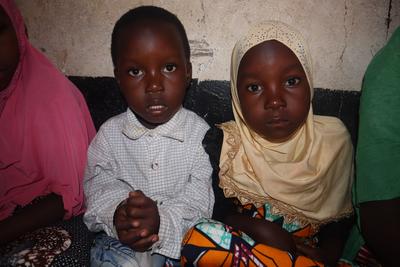 Uganda’s President Yoweri Museveni recently announced a three-week lockdown for two districts in the country as the nation is plagued with a fatal Ebola outbreak. This was the result of a steep fatality rate associated with illness, with 19 people dead and over 58 infected (BBC, 2022).

The outbreak was noticed early in September in Mubende, which is a district 50 miles from the Capital Kampala. Mubende has remained the epicenter of the outbreak. Although President Museveni had said that unlike Covid, Ebola did not require any lockdowns. However, he had in the end decided to stop all movement in and out of the Mubende and Kassanda districts (BBC, 2022).

“These are temporary measures to control the spread of Ebola,” he said to worried citizens in Uganda and around the world. “We should all cooperate with authorities so we bring this outbreak to an end in the shortest possible time.”

This outbreak is a dire warning to the health of children in the region. Of the many people who suffer the effect of Ebola, children are usually among the most vulnerable. When the largest recorded Ebola outbreak ended, estimates put almost 20 percent of all cases occurring in children under the age of 15. Ebola affects children in many different ways, which puts them in an increasingly unstable position as the number of cases continues to climb in the region (Mercy Corps, 2019).

Children rely on their family members for support, as they cannot realistically self-sustain themselves. Therefore, in the midst of an Ebola outbreak, children are at an increased chance of losing their providers, leaving them in a position with no support or help. During the infamous 2014 Ebola epidemic, 17,300 children lost one or both parents due to the virus (Mercy Corps, 2019).

It is well-known that children who lose a parent are at an increased risk of developing many mental health issues, which may stunt their development and lead to negative long-term effects due to anxiety and depression. In Ebola outbreaks especially, children often watch their loved ones die in front of their eyes after battling a fatal infection. There is also an increased mortality risk during childhood into early adulthood after the death of a parent. This loss is usually linked with an increased long-term risk of suicide and other antisocial behavioral problems (Mercy Corps, 2019).

33 weeks of school were missed due to closures that were prompted by the 2014 epidemic. For example, in Guinea, around 10% of households cited Ebola as a reason they withdrew their children from school. Parents may fear that their child would get infected in school and sometimes they lack a method of transportation due to illness or death. Only missing 3 weeks of school is determined as sufficient to impact a child’s level of achievement and can cause significant losses of learning opportunities (Mercy Corps, 2019).

During epidemics, less children have access to regular vaccinations that protect them from infections. In the 2014 Ebola outbreak, there was a reported 30% decline in childhood vaccination coverage. This was because the funding was redirected towards fighting the Ebola outbreak. Missing essential vaccinations is likely to be fatal, as it is estimated that regular vaccinations prevent 2 million deaths a year. With that being said, 2.5 million deaths in children under 5 is attributable to vaccine-preventable infections (Mercy Corps, 2019).

Ebola is more severe for children

Ebola is known to be more fatal in children than adults, although the infection rates are lower in children. Ebola has a fatality rate of 90% in infants and 80% in children under the age of 4. However, children between 10 and fifteen have a better survival rate. There are some notable symptom differences, such as children being more likely to develop a fever early and have difficulty breathing (Mercy Corps, 2019).

Mercy Corps. (2020). Chapter 6: The effects of an ebola outbreak on children in Africa. Mercy Corps. https://www.mercycorps.org/blog/ebola-outbreaks-africa-guide/chapter-6