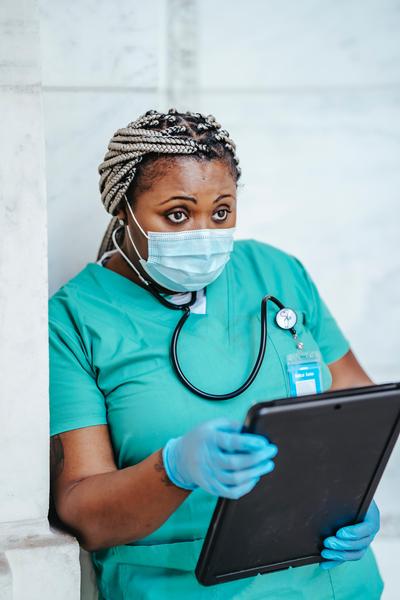 Buruli ulcer, which is a neglected tropical disease (NTD), is a bacterial disease that mainly affects the skin and bones. The disease is caused by Mycobacterium ulcerans, a bacterium. Cases of Buruli ulcer are usually found in the tropics, mainly in West Africa and Australia (CDC, 2015). There were about 5,000 new cases annually until 2010, when the numbers started decreasing until 2016. A record low of 1961 cases were reported, and the number has stabilized since then (WHO, 2022).

It is currently unknown how people get Buruli ulcer, although researchers hypothesize that the disease is passed to people through some insects that are usually found in water. Although there is no known link that exists between humans and animal infections, some animals have been detected with the disease (CDC, 2021).

The disease is chronic and debilitating. The symptoms usually start off with a painless swelling, called a nodule, with a large painless swelling of legs, arms, or face. The disease often progresses with no pain or fever. With no treatment, or even when antibiotics are being administered, the swelling will ulcerate within 4 weeks. This occasionally affects the bones, which leads to a number of bone-related deformities (WHO, 2022).

Treatment of the disease usually involves a combination of antibiotics and complementary treatments. However, there are no preventative measures in place to stop the infection or transmission of the disease, as the mode of transmission is still unknown. The Bacillus Calmette-Guérin vaccination has been observed to provide limited protection against a severe infection from the bacteria (WHO, 2022).

Buruli ulcer is considered a NTD, which means that it lacks funds and attention. However, our ignorance does not mean that the disease is not a concern. It still affects many people globally and puts them at a risk of severe morbidity. Ensuring appropriate community development is a way to fight back against diseases that thrive in poverty. WFCF’s mission now extends to cover projects supporting community development. Help us today by donating to our mission!