An Effort to Improve Global Health 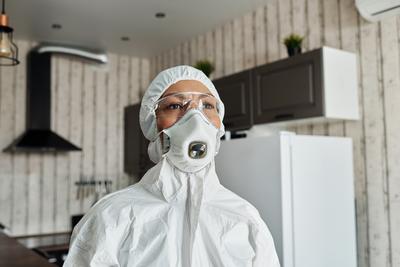 The world is connected in many ways, and what happens in one region is likely to affect another. A great example is the global polio eradication effort. In 2004, the world was really close to eradicating the horrific disease, but in 2005, polio originating from Nigeria spread to a number of other African countries because of a failure to ensure children’s immunization in Northern Nigeria. By the summer of 2005, polio had spread to Asia, in Saudi Arabia and Indonesia. Cases also started showing up in countries who had been polio-free for many years, such as Angola and Somalia. The effort to halt this spread required comprehensive global effort by identifying polio cases accurately and carrying out immunization campaigns in those regions (Skolnik et al., 2012). There are many other examples of global incidents that required global health interventions and collaborations between international partners. In an ever more connected world, it is paramount for us to ensure that our global health taskforce is well-equipped for challenges, such as COVID outbreaks.

There are a number of proven methods that have been effective in curbing some of the most serious global health problems. For example, vaccines are some of the most cost-effective interventions in health. For young children in the developing world, there are six main vaccines that are given. However, in the 1990s, there were worrying gaps in access to the vaccines for children in developing countries. This led to the creation of the Global Alliance for Vaccines and Immunisations (GAVI), which was founded by a number of governments and foundations and aims to “provide finances and technical assistance” to better vaccine coverage for old and new vaccines. For most of GAVI’s history, the main focus was enhancing immunization coverage in low-income countries (Skolnik et al., 2012). Earlier this year, WFCF donated funds to COVAX, an alliance spearheaded by GAVI, that aims to provide COVID vaccines to lower-income countries.

There are many reasons why people choose to cooperate in global health initiatives, as these initiatives usually benefit everyone involved. For one, it allows people to advocate for specific health causes that they feel strongly about. Although health is seen as important by communities, it usually does not get enough funding and does not get enough political clout. A good example of global health being a ground for health advocacy is HIV/AIDS. When many countries refused to care for citizens infected with the virus, advocates from a multitude of countries pushed for better treatment and preventative interventions to treat and stop the spread of HIV/AIDS. Another reason to cooperate in global health is to set global standards for health activities. For example, trials for a malaria drug show that some drugs are more effective than others. Therefore, this knowledge can be used when malaria becomes resistant to some treatments. “If lessons like this are to be shared globally,” says Richard Skolnik, “ then it is important that technical standards be developed and disseminated by an organization that countries believe is technically sound and internationally representative.” People may also choose to go into global health work to achieve goals that are often seen as the public good. For example, to ensure that there are enough products and that these products are shared equitably, global health cooperation is required. A relevant situation would be pollution, as individual countries may not be willing to impose restrictions to curb pollution, but global health organizations may form coalitions to help reduce pollution to the benefit of the world. Rising communicable disease cases are also an issue that individual countries may not want to deal with and require the intervention of global coalitions (2012).

Adequate surveillance of diseases to ensure timely response is also an important aspect of global health that pushes people to form global coalitions to keep record of outbreaks and look into ways to stop spread before it is too late. It is important for all countries to work together and invest in good surveillance practices, as the effectiveness of disease surveillance greatly diminishes when countries are not cooperating and sharing relevant information. An excellent example of this would be how surveillance came to play a big part in the fight against COVID, especially in the early stages of the virus and when new variants would start spreading to different regions. With COVID, we saw how low-income countries struggled disproportionately due to economic hardships and lack of treatments. Therefore, another reason people choose to participate in global health work is to help funding for low-income countries. Sometimes, the financial help comes due to humanitarian reasons and sometimes it is to ensure the wellbeing of the whole world, as a disease spreading in one location can quickly become a global problem (Skolnik et al., 2012).

The idea of cooperating in an effort to improve health globally is not novel. In fact, countries realized that most health problems need to be addressed globally over 100 years ago. For example, the threat of cholera led to the first international conference on health in 1851. A number of global health-related conferences followed. In 1903, the International Commission on Epidemics was created, followed by the creation of the International Office of Public Hygiene in 1909, the establishment of the League of Nations Health Office in 1920 in Switzerland and the creation of the International Sanitary Bureau in 1924. The Rockefeller Foundation aided in the funding of the League of Nations Health Office and provided technical support. These early international cooperations were mainly aimed at surveillance of disease, providing global standards for drugs and vaccines and providing technical advice to countries in matters related to key health areas, such as health education. These international efforts saw major changes with the establishment of the United Nations office, such as WHO and UNICEF, after World War II. In the years since, these offices have led global efforts pushing for the betterment of health globally. The shift was mostly due to the creation of WHO, which helped in building capacity for global public health efforts. This regularly involved the development of health care systems in developing countries and fighting diseases. “Perhaps the greatest single effort at global cooperation in health began in 1966 with the start of the global program to eradicate smallpox,” said Skolnik. “During this period of intensive attention to specific diseases, WHO also led work to combat malaria and other communicable diseases that most affected the poor, such as leprosy, lymphatic filariasis, and onchocerciasis” (2012).

In 1978, the Alma Ata declaration took the global spotlight as a major effort fixating on primary healthcare. The declaration noted that health was a human right, and countries were obligated to provide adequate primary healthcare to their citizens. The declaration put into focus the importance of investing in health systems and using a community-based approach when dealing with health, especially in low-income societies. The Alma Ata declaration is linked to the global effort to achieve “Health for all by the Year 2000.” Another focus that came to the global eyeview at this time was child survival. These efforts mainly used GOBI interventions: growth monitoring, oral rehydration, breastfeeding, and immunization. UNICEF spearheaded this effort, while USAID was also involved with a similar focus on child survival. This led to child survival becoming the ultimate focus of attention for the World Bank, WHO and a number of other global organizations. (Skolnik et al., 2012).

Global health efforts are only going to grow in importance, as the world becomes more connected, and the issues plaguing one country easily spreads to other regions. Diseases are easily spread, diets cross borders and pollution hurts everyone. Individual countries cannot hope to fix many of the world’s problems, no matter how much they invest in global health, until they get everyone on board. WFCF’s mission is to provide technical help and funds to low-income communities and orphaned, disabled children globally. Organizations like WFCF depend on the public’s understanding on global health to receive funds and make investments to improve the health of people living in low-income communities. Play your part today by donating to WFCF and supporting our mission.