Only Half the Story: How Stigma and Discrimination Shape the Lives of Children with Disabilities 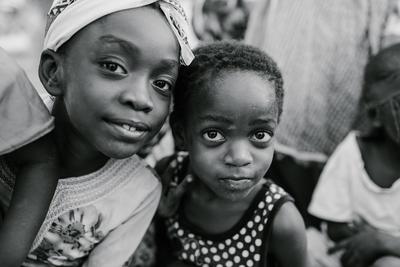 In many countries around the world, people with disabilities experience exclusion and discrimination due to their disability. This affects not only the people with disabilities but also their families, and it leads to a cycle of poverty perpetuated by employment and housing discrimination. There are many drivers of the stigma, which means that there is a multitude of ways to address the issue (Rohwerder, 2018). An estimated 1 billion people, or 15 percent of the world’s population, live with some form of disability, according to the World Health Organization (WHO). 80 percent of people with disabilities live in developing countries. Although they are not few, they are largely absent from policy-making decisions and developmental planning (Vesper, 2019).

The Millennium Development Goals, which were decided on 2005 and were to be achieved by 2015, did not have a specific disability-related goal. The Sustainable Development Goals, which are to be met by 2030, has to official goal for people with disabilities but has 11 sub-goals that explicitly mention disabilities. The goals largely focus on health, urban planning and monitoring. Although the United Nations adopted the Convention on the Rights of Persons with Disabilities in 2006, it was not until November 2016 that the first official Disability Toolkit was launched, which was aimed at Africa (Vesper, 2019).

What Stigma Do They Face?

Sometimes, cultural and religious beliefs also play a role in perpetuating stigma against people with disabilities. Traditional animism includes beliefs that disabilities are a form of punishment for bad deeds or may be due to witchcraft exercised by others. A literature review of studies conducted in East Africa found that these beliefs are still prevalent. Christian fatalism belief states that disability in a result of God’s will, while medical determinist accept the belief that modern medicine explanations, such as genetics, are the cause of disabilities. Sometimes, beliefs are combined to explain disability, such as combining traditional animism with medical explanations (Rohwerder, 2018).

Some examples of beliefs seen in societies that are based in negative cultural and religious against people with disabilities are:

• Ancestors: Belief that the causes of disability are an ancestral curse, based on transgressions of former generations, mostly societal violation of norms. Usually, the blame is placed on the mother’s side of the family rather than the father’s.

• Actions of Parents (mostly mothers): Beliefs of disability are sometimes based in the idea that it is a form of punishment for the mothers’ sin or promiscuity. It is sometimes believed to be due to the parents breaking societal taboos and the country’s laws.

• Witchcraft: Disability is also often connected to magic and witchcraft. False beliefs state that disabilities are caused by witches and wizards.

Unfortunately, these beliefs have a number of harmful effects on the lives of people with disabilities. For example, infanticide and parental abandonment are sometimes seen as solutions to having a child born with a disability. Since in some countries it is believed that a disability is a form of curse or a non-human spirit, family members may sometimes participate in infanticide. Also, the stigma that comes with a child with disability will at times lead the father to abandon his family and leave the mother as the sole caretaker. In national censes, the number of people with disabilities is often undercounted due to lack of registration of them. People with disabilities also face violence and abuse, since children with disabilities are often seen as unworthy and not fully human. Studies showed that “perpetrators often made references to the child’s disability when teasing, bullying, restricting food access, and physically punishing them” (Rohwerder, 2018).

Violent “cures” are also common due to the traditional beliefs lead people to practice violent procedures, such as forcible ingestion of contaminated water if other substances for psychosocial disability or epilepsy. Some people with serious mental health conditions in Somalia have been thrown into a pit with hyenas or starved to death to scare away the evil spirits that inhabit the person. Then, there are the usual experiences with restricted societal participation and ostracism that lead to developmental issues and have serious long-term effects (Rohwerder, 2018).