Stopping the Stigma Together: Fighting for the Rights of People with Disabilities 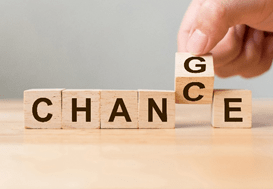 “...With today's signing of the landmark Americans for Disabilities Act, every man, woman, and child with a disability can now pass through once-closed doors into a bright new era of equality, independence, and freedom... America welcomes into the mainstream of life all of our fellow citizens with disabilities. We embrace you for your abilities and for your disabilities, for our similarities and indeed for our differences, for your past courage and your future dreams,” said the late president George H. W. Bush at the signing of the Americans with Disabilities Act in 1990.

In an ideal world, every person with a disability would have such protections no matter where they live, but regrettably, that’s not the case. The sad truth is that in many countries around the world, there are factors that are forcing many people with disabilities, especially children, to live as second-class citizens. One of the primary causes is a lack of financial resources and social support, making it hard for parents to raise and care for a child with cognitive and/or physical disabilities. Oftentimes, the next best option is to place the child in an orphanage or another institution that is supposedly designed to take care of them. According to writer Naomi Larsson from The Guardian, “up to eight million children live in orphanages across the world, despite more than 90% having at least one living parent.” (Larsson, 2018). These staggering statistics challenge the traditional notion that orphanages are for orphans, for they show that in fact many of these children have been abandoned for one reason or another by their living parents.

“Up to eight million children live in orphanages across the world, despite more than 90% having at least one living parent.”
– Naomi Larsson, Writer and Subeditor, The Guardian

In addition to the aforementioned financial hardships and lack of social support that push parents to place their children with disabilities into orphanages or institutions, stigma stemming from cultural beliefs make the problem even worse. From family pressure to discrimination in society, children with disabilities, who can undoubtedly be considered one of society’s most vulnerable groups, are robbed of their future. Those who are not fortunate enough to be placed in an orphanage, even though living in an orphanage can hardly be considered fortunate, can end up being killed in extreme cases. In Kenya, for instance, “stigma is such that disabled children are known to have been killed in some communities – a practice that still occurs. Almost 40% of women . . . who live in Nairobi said they had been pressured by their community or relatives to kill their disabled child. This rose to 54% of mothers living in rural areas” (Larsson, Stigma pushes disabled children into 'dangerous' Kenyan orphanages, 2018).

All in all, research has consistently shown that orphanages are less than ideal environments for children. In a Thomson Reuters article titled “Most children in orphanages are not orphans,” journalist Emma Batha explains that living in an orphanage negatively impacts “children’s social, emotional, and cognitive development” and makes them “10 times more likely to fall into sex work than their peers and 500 times more likely to take their own lives, and it also “quadruples the risk of sexual violence” (Batha, 2018).

In many countries, activists and human rights organizations are not only doing their best to improve the lives of people with disabilities, but they are also calling on governments to combat the stigma around the subject matter and to take measures that would give these people a path out of orphanages and institutions. “In today’s Russia, some 13 million people live with disabilities... With the help of more accessible infrastructure and efforts by independent groups to support inclusive health care, schools, workplaces, and recreation, many have begun to rightfully live fuller lives” said researcher Andrea Mazzarino (Mazzarino, 2018). Although progress is being made in most countries, there is still a lot of work to do.

The World Forgotten Children Foundation (WFCF) and other brave organizations are continuously fighting for the rights of people with disabilities. They tirelessly work to raise awareness about all the various issues that are affecting the lives of millions of children, especially those with disabilities who are forced to live in orphanages or institutions.

As the late President Bush said at the conclusion of his address, “Let the shameful wall of exclusion finally come tumbling down”.

Larsson, N. (2018, September 26). Out of sight: the orphanages where disabled children are abandoned . Retrieved from The Guardian: https://www.theguardian.com/global-development-professionals-network/2016/sep/26/orphanage-locked-up-disabled-children-lumos-dri-human-rights

More Blog Posts
COVID-19 Vaccine Distribution: A Global Logistics Nightmare
WFCF Funds Mobility Equipment for Children Living in China’s Hunan Province
Giving Back on GivingTuesday – A Global Generosity Movement
Interview With David Gotts, Founder of International China Concern
Commemorating Humanitarian Workers for More Than a Decade
The Latest Facility Repairs at the “Baby Box” Church
Combatting One of the Greatest Global Health Challenges and All Its Various Form
Interview With Garry Brooks aka “Mr. Garry”, Founder of African Community Project
How Fighting to End Poverty Can Minimize COVID-19 Casualties
The Unspoken Negative Impacts of COVID-19 on Non-Profit Organizations Worldwide
Sorry, Not Sorry – Embracing Down Syndrome Globally
Raising Awareness on World Birth Defects Day
WFCF Seeks New Projects Under Expanded Mission
WFCF Aims to Combat Poverty Through Expanded Mission
WFCF Funds Latest Construction Project at the Baby Box Church
World Cerebral Palsy Day: Building a Community of Awareness and Support
Paper Bridges: Spreading Hope to Orphans One Letter at a Time
The Effects of Early Neglect: Addressing the Emotional Needs of Abandoned Children
Disability Awareness Day
National Cleft and Craniofacial Awareness and Prevention Month
Luke McAuley: The Wheelchair Maker
International Albinism Awareness Day
Understanding Spina Bifida and Its Impact on Children in Developing Countries
The Bamboo Project: How It is Changing Lives
A Child’s Right to Mobility: The Importance of Wheelchairs in Developing Countries
Adoption and Special Needs Children: The Numbers, Heart, and Preparation Involved
Stopping the Stigma Together: Fighting for the Rights of People with Disabilities
A Stairway to Hope
WFCF is Currently Seeking New Funding Projects
WFCF Supporting Inclusivity for Students with Disabilities in Africa
Addressing the Issue of Accessibility and Mobility in Developing Countries
When Abandoning Your Child Is a More Loving Option Than Keeping Them
An Unforgettable Month of Giving
Child Mortality in Sub-Saharan Africa
Spreading Awareness About POTS: The Life Altering Illness Impacting Kids, Adolescents, and Adults
The Alarming Rate of Child Abandonment in Russia
Sunshine, Smiles, and a Shared Mission
No Child Should Have to Struggle to Fall Asleep
WFCF Expands Reach Across the World Wide Web
War-Torn Countries and the Rising Orphan Crisis
Equipment That Makes a Difference
Looking Back, Looking Ahead: 15 Years of Supporting the Forgotten Children
WFCF ‘Restores Integrity’ to Children of Zambia
The Power of Play
Why Don’t We Say “Thank You” More Often?
Reflections on the Meaning of Life
We Can Light up Darkness!
Developmental Disabilities in Children Across Different Cultures
Achieving World Peace
The Mission of the World Forgotten Children Foundation (WFCF)
The Life and Hope They Deserve
Why Is the Sky Blue?
A Simple Act of Kindness
The Great Divide: Technological Growth and the Increasing Gap between Rich and Poor Nations
We Are All One
Why Do I Serve on the Board of WFCF?
Global Economic Uncertainty and Plight of Less Fortunate
Visions of Change
On Making a Difference
Plight of Handicapped Children
One Brick at a Time
What Really Matters Is Helping Others Win
Why Do It?
Axis of Goodness
Message from the President of WFCF
The Tax and Other Benefits of Charitable Gifts
Message from the President of WFCF
HIV/AIDS in Africa
Message from the President of WFCF