In November 2018, the World Forgotten Children Foundation (WFCF) funded US$ 1,600 to the Jusarang Community Church in Seoul, South Korea. The funds went toward repairing the cement stairs leading up to the “baby box”, a temperature-controlled chamber built into the wall; a safe place for mothers or fathers to leave newborns or infants they are unable to care for. 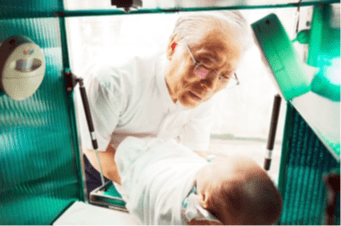 Pastor Lee tending to an infant in the baby box

The “baby box” was introduced by Pastor Lee Jong-rak in 2010 after hearing reports of babies being abandoned in open air or in public restrooms, where they risked dying of hypothermia. The box was designed to act as a “dropbox” so that mothers of unwanted newborns and infants have an alternative to leaving them in such dangerous conditions. The church building now serves as a care facility for unwed mothers and babies, and the “baby box” continues to remain operational and heavily utilized. On average, more than 200 babies are abandoned at the center each year, and the shelter looks after the new arrivals for a few days until they are moved to orphanages to await new families.

The cement stairs leading up to the “baby box” have become increasingly dangerous, cracking and crumbling, making it very difficult for mothers already faced with making a very difficult decision to easily access it in a safe manner, especially with a newborn or infant in tow.

The construction began on November 2, 2018 and carried through until November 6, 2018. Metal braces were put into place to improve the foundation for the stairs, wooden planks were carefully secured, and the siding received a fresh coat of paint.

Before Photo (Taken of the stairs and siding on November 1, 2018) 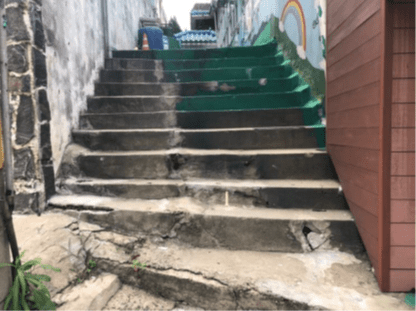 Construction Photos (Taken of the stairs and siding from November 2nd to 3rd, 2018) 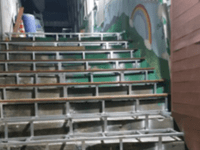 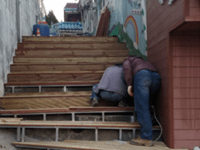 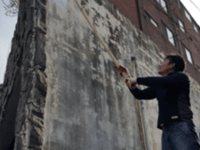 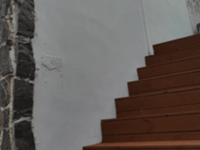 After Photos (Taken of the stairs and siding on November 6, 2018) 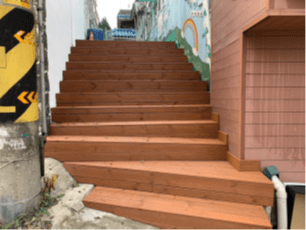 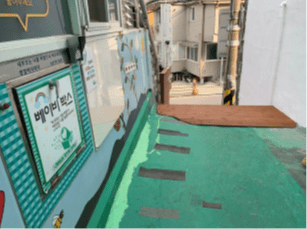 Thank You! (From Pastor Lee and the Jusarang Community Church)

“Thank you for loving the Jusarang Community. Due to the interest and love from the World Forgotten Children Foundation (WFCF), the baby box's precious babies grow healthy. The exchange of US$ 1,600 donated by the WFCF has reached the Korean currency rate of ￦1,767,465. The WFCF’s contribution has remade old and dangerous cement stairs. These will now be safe stairs for single mothers who are forced to make difficult decisions. We'll meet single mothers trying to leave in a hurry and have safe counseling. We will give peace and hope to all single mothers who pass these stairs. We sincerely appreciate the donation from WFCF. God bless your organization.” – Pastor Lee

Also, the Jusarang Community Church and the World Forgotten Children Foundation (WFCF) would like to extend a very heartfelt thank you to the anonymous person who donated US$ 5,000 to WFCF during its annual Month of Giving event in June and specifically requested that WFCF donate US$ 1,000 to the “Baby Box Church”.